Good explanations of what Kyudo is and how it fits into Japanese culture, and why it is of interest in the wider world. Well illustrated photos and line drawings. It won't teach you Kyudo, no book can ... Consulter l'avis complet

This is an excellent book on Kyudo, from it's history and context to technical details. It won't replace the assistance of a professor but it's a very valuable aid to it's study and progress. Consulter l'avis complet

HIDEHARU ONUMA was the 15th-generation headmaster of the Heki Ryu Sekka-ha school of archery and kyudo banshi, 9th dan. He was born in Tokyo in 1910 into a highly respected archery family. Onuma sensei, who was instrumental in introducing kyudo to the West, believed that kyudo belonged not just to the Japanese but to the whole world. Until his death in 1990 he made regular trips abroad to demonstrate and teach his art.


DAN and JACKIE DEPROSPERO left the United States for Japan in 1981, intending to stay for one year. Shortly after their arrival they met Hideharu Onuma and began their study of kyudo. Later their relationship with Onuma sensei deepened when they moved into an apartment above the family archery equipment shop. In 1988 Dan DeProspero passed his examination for kyudo renshi (instructor's license). The following year he was promoted to 6th dan. Jackie DeProspero was the first non-Japanese woman to be promoted to kyudo 5th dan. 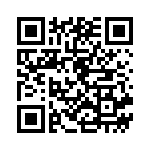