Page 76
Civil rights fighters, fighters against the war of aggression, fighters for peace,
progressives, all citizens who struggle for any cause whatever within the United
States itself, have taken up Che's name and banner. He has therefore become a
...
Page 265
In that action a select handful of fighters were killed, headed by the president of
the Federation of University Students — a great fighter, a true symbol of our
young people, Jose Antonio Eche- verria, "Manzanita" [little apple]. A few months
later, ...
Page 270
Photo shows assembly of fighters to commemorate anniversary of death of
Cuban independence fighter Antonio Maceo, December 7. 1958. Bottom, leaders
of units of July 26 Movement and Revolutionary Directorate, at Directorate's camp
at ... 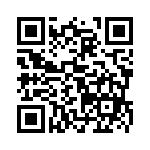