Arthur Holly Compton (1892-1962), a Nobel Prize winning physicist and educator, was born in Wooster, Ohio where his father, Elias Compton, was a Presbyterian minister, professor, and dean at the College of Wooster.

Compton began his higher education at the College of Wooster and completed his PhD in physics at Princeton University in 1916. In 1920, after several university and industry appointments, he became head of the physics department at Washington University in St Louis. His research into the scattering of X-rays by electrons led to the discovery of what is now known as the “Compton Effect” (the wavelength of an X-ray increases, and its energy decreases, after scattering by an electron) for which he won the 1927 Nobel Prize in Physics, the first conclusive experimental evidence that light consists of particles, or photons. From 1923 until 1945, Compton was a Professor of Physics at the University of Chicago where he continued to conduct seminal research on X-rays and cosmic rays.

During World War II (1942-1945), Compton was Director of the Metallurgical Project at the University of Chicago, overseeing the demonstration of the first controlled nuclear chain reaction by Enrico Fermi. This work spearheaded the initiation of the Manhattan Project to develop the atomic bomb. Compton led teams of physicists, chemists and engineers charged to produce the large quantities of plutonium needed for that project, on which he worked closely with Ernest Lawrence, James B. Conant and J. Robert Oppenheimer.

In 1945, Compton returned to St Louis as Chancellor of Washington University. In 1953 he resigned that position and assumed the role of Professor of the Natural Philosophy at Washington University where he lectured and wrote about science and society. He lived in St Louis with his wife, Betty Charity McCloskey (m. 1916), until his death. He had two sons, Arthur Alan and John Joseph, and four grandchildren. 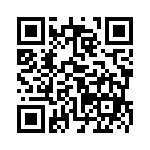