MARTIN SICKER is a private consultant and lecturer who has served as a senior executive in the U.S. government and has taught political science at American University and George Washington University. Dr. Sicker has written extensively in the fields of political science and international affairs, with a special focus on the Middle East. He is the author of twelve previous books, including a companion volume in his multi-volume history of the Middle East, The Pre-Islamic Middle East (Praeger, 2000). 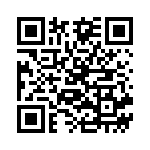