Page 67
emphasis on political , multi - party democracy is a reaction to the instability and unrest created by spiralling global economic inequality . Neo - liberal economic regulation , based on the theoretical conclusions of the subjective ...
Page 126
In terms of ' orthodox ' representative and pluralist interpretations of democratic participation , the Cuban process of socialist development is inexplicable . For instance , Tatu Vanhanen , asserting that it belongs to the nature of ...
Page 127
Democracy is never fully in place . It is always in flux , a work in progress . Democracy is dynamic . It evolves in response to the creative actions of citizens . ( Lappé and Du Bois 1994 : 14–15 ) The political party can only ... 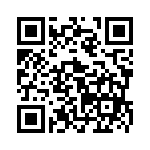