Daniel Biltereyst is Professor in Film, Television and Cultural Studies at the Department of Communication Studies, Ghent University, Belgium, where he leads the Centre for Cinema and Media Studies (CIMS). His research on film and screen culture as sites of controversy and censorship has been published in Cultural Policy, European Journal of Cultural Studies, Historical Journal of Film, Radio and Television, Journal of Communication Inquiry, Media, Culture & Society, Northern Lights, Studies in French Cinema, Studies in Russian and Soviet Cinema.

Richard Maltby is Professor of Screen Studies and Deputy Execuive Dean of the Faculty of Education, Humanities, Law and Theology at Flinders University, South Australia. He is Series Editor of Exeter Studies in Film History, and the author of over 50 articles and essays, and the lead investigator on two Australian Research Council Discovery projects examining the structure of the distribution and exhibition industry and the history of cinema audiences in Australia.

Philippe Meers is an associate professor in the Department of Communication Studies at the University of Antwerp, Belgium. His publications on popular media culture and film audiences have appeared in Media, Culture and Society, The Journal of Popular Film and Television, The Bulletin, Iluminace and other journals. He is the lead investigator on The ‘Enlightened’ City-project on the history of film exhibition and film culture in Flanders and Brussels (2005-8, with Daniël Biltereyst and Marnix Beyen). 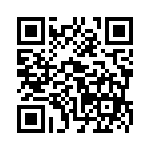