The training of FMLN sappers by the Vietnamese was particularly interesting. The Vietnamese had mastered silent movement techniques during the Indochina Wars, including through wire obstacles. None of ... Consulter l'avis complet

David E. Spencer has lived and travelled throughout Latin America, spending more than 13 years in the region. From 1990 to 1992 he served as an independent political and public affairs adviser to the Salvadoran military. Currently he is a PhD candidate at George Washington University in comparative politics. Among his earlier publications is Strategy and Tactics of the Salvadoran FMLN Guerrillas (Praeger, 1995). 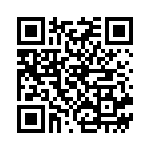