The English-speaking reader will typically find selections of translated fables by La Fontaine (1621-1695), and a large number of those stray rather far from the original in an effort to retain the ... Consulter l'avis complet

JEAN DE LA FONTAINE (1621-1695) was a French poet who is most well-known for his fables, which are regarded as classics of French literature. NORMAN B. SPECTOR (1921-1986) earned a Ph.D. in French from the University of Pennsylvania and was a professor of French and chair of the French and Italian Languages Department at Northwestern University. He was also the translator of The Romance of Tristan and Isolt (1973). 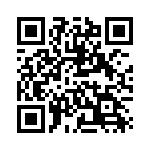