As Dumbledore says in [Harry Potter and the Half-Blood Prince], somehow Bill Gates and Steve Ballmer have risen above their despair and managed to battle bravely on with a market captialization of umpty zillion dollars and $50 billion in cash. Consulter l'avis complet

Breaking Windows: how Bill Gates fumbled the future of Microsoft

Wall Street Journal business writer Banks believes that the major story of Microsoft is not the public trial but rather the internal struggles between senior staff for the future of the software giant ... Consulter l'avis complet

David Bank, a staff reporter for The Wall Street Journal, has covered Microsoft since 1996. Previously, he was a technology and telecommunications writer for the San Jose Mercury News. His articles have appeared in Wired, Newsweek, and Out. A 1996 Nieman Fellow at Harvard University, he is a graduate of the Columbia University School of Journalism and the University of California at Santa Cruz. He and his partner live in Berkeley, California. This is his first book. Additional information can be found at www.breakingwindows.net. 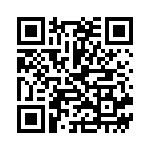