In terms of originality and the sheer volume of information, this is one of the best history books I have read in the last 10 years. Tooze looks at Nazi Germany, not from a judgmental or moralistic ... Consulter l'avis complet

A brilliant recasting of the oh-so-dull-third-reich-tale. Our Niall Ferguson's Niall Ferguson in how he shows how the economic realities drove political exigencies. Perhaps intentionalists will argue its all a bit to structural, but this is both readable and revelatory. Consulter l'avis complet

Adam Tooze is Barton M. Biggs Professor of History and Director of International Security Studies at Yale University. He taught for many years at the University of Cambridge. The Wages of Destruction: The Making and Breaking of the Nazi Economy was universally acclaimed as one of the most important books written on the Third Reich. It was shortlisted for the Duff Cooper Prize and won both the Longman-History Today Book of the Year Prize and the Wolfson Prize for History. 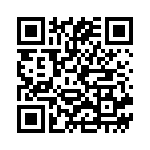