José Pedro Zúquete is a research fellow at the Social Sciences Institute of the University of Lisbon. He is the editor of the Routledge International Handbook of Charisma and co-author of The Struggle for the World. 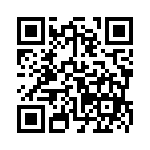