Heather Hendershot is associate professor of media studies at Queens College, City University of New York. She is the author of Saturday Morning Censors: Television Regulation Before the V-Chip and Shaking the World for Jesus: Media and Conservative Evangelical Culture. 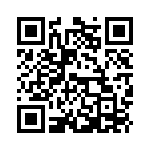