Peter Schmidt is professor of English at Swarthmore College. He is the author of William Carlos Williams, the Arts, and Literary Tradition and is the editor (with Amritjit Singh) of Postcolonial Theory and the United States: Race, Ethnicity, and Literature (University Press of Mississippi). 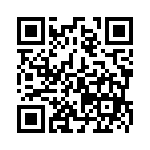