Jean Giono was born in France on March 30, 1985. He was an author about whom Germaine Bree and M. Guiton have written, "When Giono's first novel, Colline (Hill of Destiny) appeared in 1929, it struck a fresh, new note. . . . After Proust and Gide, Duhamel and Romains, Cocteau and Giraudoux, what could be more restful than a world of wind and sun and simple men who apparently had never heard of psychological analysis, never confronted any social problems, never read any books. . ." (An Age of Fiction). Raised by his shoemaker father in a small town in the south of France, Giono's fiction has its roots in the peasant life of Provence. Horrified by his experiences in World War I, Giono returned to the world of his youth, which became the world of his imagination. After the shock of World War II, his novels seemed to gain in stature. One of his best is Horseman on the Roof (1951), his chronicle of the great cholera epidemic of 1838. Giono was honoured with the Prince Rainier of Monaco literary prize in 1953, awarded for his lifetime achievements, was elected to the Académie Goncourt in 1954, and became a member of the Conseil Littéraire of Monaco in 1963. Giono died of a heart attack in 1970. 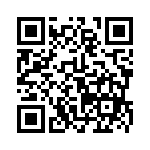