Page 132
Paul and Nusch had 'discovered' Mougins in the thirties and induced Pablo, he
told me, to spend a part of his vacation there in 1936, 1937, and 1938. ... 'But it
was a gesture of friendship on my part, too,' Pablo said. ... to live with Pablo.
Page 167
By that time, he must have assumed, Pablo would have lost interest in me as well
. But after putting up with me for three years, instead of finding me gone he found
me living there. After I went to live with Pablo, Sabartes soon saw that I ...
Page 230
That cheered up Pablo somewhat, and he decided that, in spite of his earlier
pessimism, their presence had actually added zest ... Soon after I went to live with
Pablo in June 1946, Paulo, who had been living in Switzerland, came to Paris
and ... 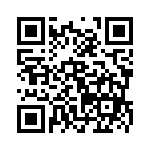