Dev Nathan, an economist by training, is, Senior Visiting Fellow, Institute for Human Development, New Delhi. He is also a columnist and a regular contributor to the Economic and Political Weekly. Dr Nathan has previously co-authored Gender and Tribe: Women, Land and Forests (1991), Assessment of Rural Poverty in Asia and the Pacific (2002), edited From Tribe to Caste (1997), and co-edited Gender Relations in Forest Societies in Asia: Patriarchy at Odds (2003). Dr Nathan frequently serves as a consultant to IFAD, Rome, several UN organizations and ICIMOD, Kathmandu, on issues of rural poverty and the development of indigenous peoples.

Govind Kelkar is Coordinator, IFAD–UNIFEM Gender Mainstreaming Programme in Asia, New Delhi, and the founding Editor of the journal Gender, Technology and Development. She has previously taught at Delhi University, the Indian Institute of Technology, Mumbai, and the Asian Institute of Technology (AIT), Bangkok, Thailand where she also founded the graduate programme in Gender and Development Studies. Dr Kelkar has previously co-authored Gender and Tribe: Women, Land and Forests (1991), and co-edited Feminist Challenges in the Information Age (2002), and Gender Relations in Forest Societies in Asia: Patriarchy at Odds (2003). Dr Kelkar is a frequent consultant to IFAD, Rome, UNIFEM, New Delhi and other UN organizations on mainstreaming gender in development besides being a keynote speaker at many related conferences. 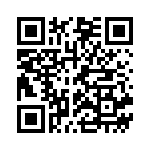