Freda Chapple trained at the Rose Bruford College of Speech and Drama before working for the Welsh National 'Opera For All', English National Opera, Australian Opera and Scottish Opera as singer, stage manager and staff producer. She is now a Lecturer in Continuing Education (Arts) at the University of Sheffield, where she is the programme director of the English Studies and Performing Arts degree track at the Institute for Lifelong Learning. Freda was the stage manager in charge of the opening night of the Sydney Opera House and she continues to perform in and direct opera. Recent productions include: Cavalleria Rusticana and Trial by Jury, 2004; Façade, 2003; The Rise and Fall of the City of Mahagonny and La Traviata, 2000. Her current research is assessing the impact of digital technology on British Theatre practice and education, for which she holds a Society for Theatre Research award, and narrative structures in academic literacy.
Chiel Kattenbelt is associate professor in Media Comparison and Intermediality at Utrecht University (The Netherlands) where he teaches in the programmes of Theatre, Film and Television Studies, Communication and Information Studies, and New Media and Digital Culture. He is also associate professor at the Theatre Academy Maastricht (The Netherlands), where he is head of an interdisciplinary research programme on new theatricality with respect to the public sphere, language and technology. He has published articles in several books and international journals on aesthetics, semiotics, theatre and media theory and intermediality. 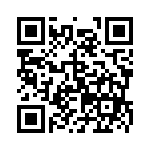